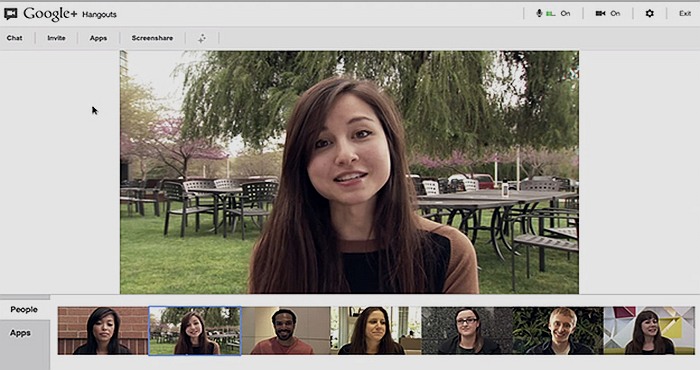 End-to-end encryption method is the encryption method applied in most messaging applications such as WhatsApp. However in the case of Google Hangouts, it was confirmed at an Ask Us Anything (AUA) session by tow two top officials from Google that they do not use this encryption method. E2EE is a method that involves encrypting data in such a way that the data only makes sense to the sender and the recipient. This means that the one providing the E2EE encrypting services cannot view the message as it is encrypted. That is the provider may have access to the information being sent but they cannot make sense out of it as it is encrypted.

In Google Hangouts though, they use in-transit encryption method. This method prevents ISPs and telecom providers from viewing the messages you send. When Google confirmed this, they let people know that it is possible for them or government agencies to wiretap the service. If Google can wiretap this services it means that when the information being sent reaches the Google terminal, Google has full access to it.

Those who use Google Hangouts am sure do not appreciate knowing that someone somewhere has full access to their conversations. It is a violation of people’s privacy and I for one know that I would not be comfortable with the fact that a third party is reading my messages. One requirement while signing up for Google Hangouts is your Gmail email address meaning that the two are linked. This means that they have access to that too. Wiretapping may have its benefits such as when it comes to matters concerning security, messages that are communicated and that contain information that poses a threat to security could be detected. But fact is we are not all criminals and there are messages that I send that are intended for only one person and if someone else has access to it then it means I can no longer trust such an application.

In the end this announcement will have serious repercussions on Google Hangouts and eventually on most of Google Services. Though in one of their transparency reports Google revealed it collaborated with government agencies seeking permission to wiretap data for legal purposes, it does not change the fact that we all have the right to privacy. For all Google Hangouts users now you know something you did not know before. It is a good app and as much as I may not be comfortable knowing someone else has access to my messages I would advise you to continue using it since every coin has its flip side and its advantages are overwhelming.