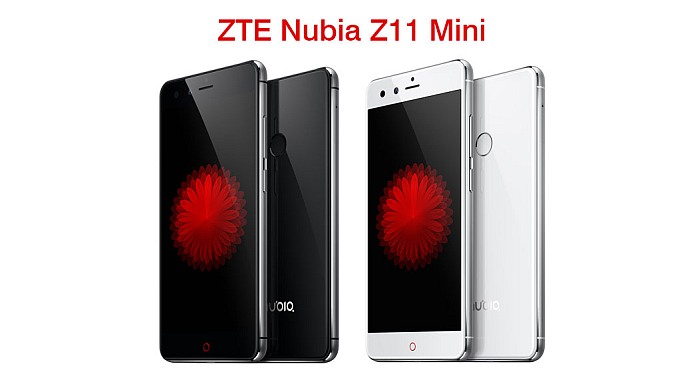 ZTE has been teasing one of their smartphones for quite some time now. The teasers were all portraying the camera of the new phone and suggested some great features. Finally, they’ve announced the phone and it surely has some great features that photography enthusiasts will love.

The Nubia Z11 Mini phone is priced at around $230 which is an absolutely great deal for those looking for a solid performer that can take stellar pictures. Even though the phone has the ‘Mini’ term attached to it, it is no less a performer. It looks very premium and the built quality is amazing.

The phone has 2.5D glass atop a full HD display with a resolution of 1920×1080 pixels and a pixel density of 441 ppi. There is a metal frame surrounding the phone which gives it an uncanny resemblance to the iPhone. This is something that is very commonly seen nowadays. Most of the phones released by Chinese manufacturers resemble the iPhone in terms of looks to a great extent. Behind the phone, there is a fingerprint scanner right around the center. Under the hood, there is the Snapdragon 617 chipset, which is an octa-core processor with 8 Cortex-A53. It comes with Adreno 405 GPU which can handle medium to slightly heavy gaming with ease. Since the phone is more inclined to photography enthusiasts, there is a massive 64 GB of onboard storage along with a decent 3 gigs of RAM. Performance will not be an issue with this phone.

Coming to the camera, at the rear we have a 16 megapixel shooter and on the front, we have an 8 megapixel selfie camera. The rear camera comes with one of the best sensors from Sony, the IMX298. It is used in many of the major flagships of 2016, including Xiaomi Mi5, Huawei Mate 8 and Vivo Xplay5. It has a decent aperture of f2.0, supports phase detection autofocus and also has a feature called 3D noise reduction, which digitally reduces noise. The rear camera also has the ability to increase the ISO up to 12,800 and comes with RAW DNG shooting mode. If you are a fan of selfies, you’ll be in for a treat as the 8 megapixel front camera comes with a soft flash, a host of beautification features and a large 1.4um pixel size.

The battery is just enough at 2,800mAh, but ZTE claims that the phone can run for 2 days, due to the efficiency of the CPU. Nubia Z11 Mini comes with Android 5.1 Lollipop which is a disappointment. Most of the major flagships released this year come with Android Marshmallow out of the box. Maybe ZTE will release an upgrade very soon.